For those used to the Mercator map it might look very strange, even distorted. In fact this map is a very politically correct map when it comes to size comparison, because each square is the same size on this map. Maps can have many forms, and designers should not automatically assume it is two-dimensional. The first known map is around 14, years ago and was scribed onto rocks. Some of the most ingenious maps ever made are the stick charts made in the Marshall Islands, an island country in the Pacific.

The shells represent the islands and the sticks represent the waves and currents. The Marshallese were the first to ever map ocean swells, and these maps were memorized beforehand to navigate the ocean.

Being critical of our own cultural and political bias also means questioning the historic foundation of design. In Western art history the iconic archetypical sculpture is the classic marble Greek and Roman sculpture. In scientists used X-rays and UV light to prove that these sculptures were actually brightly painted. Just as any other history, the history of Western art and design is not free of assumptions, exclusion, and ethnocentrism.

Continuously questioning the history of art and design can make way for those cultures and communities that have been misrepresented or underrepresented in the past. An example of a more inclusive communication of history can be found in Mexico city. After the Mexican civil war in , a new government was elected that strived for a more egalitarian society. Years of dictatorship had ignored the thousands of years of indigenous history. These are some of the many examples in the book The Politics of Design , which is organised according to the formal elements of graphic design: language and typography, colour and contrast, symbols and icons, image and photography, and information graphics.

The Politics of Design is by no means the first book that acknowledges that all design is political, but this debate has been taking place primarily in academia and not in design schools. If we look at visual communication today, we see that ethnocentrism, sexism, and racism is far from eradicated.

This is a clear sign that we should keep addressing these issues among designers and communication specialists. Hopefully this book can contribute to the long-term integration of critical thinking from cultural studies, anthropology, sociology, and communication studies into the curriculum of design schools. Chen, Shaohua, and Martin Ravallion.

This refugee crisis has inspired many designers to do projects about refugees, the most recent of which is the What design can do WDCD Refugee Challenge. Designers that address such complex issues as the refugee crisis have to be aware of their responsibilities, since approaching the refugee crisis as a design problem without the proper context can be problematic, even harmful. Proposals should be submitted before May 1, , with a one minute movie to pitch the idea. The five finalists will be announced at the WDCD conference in Amsterdam on July 1, , and all five receive a 10, euro reward to realise their ideas.

The WDCD Refugee Challenge should be praised for taking the initiative to create a platform for designers that address the refugee crisis. This is important because it already sets the scene for the kind of solutions that will be submitted. I want to lay bare some of the blind spots in the design question that WDCD Refugee Challenge has proposed, and examine how designers could assume their responsibilities in addressing such a crisis.

After a project pitch one of the five designs will be announced as the winner by the end of Design as the ultimate problem-solving discipline coincides with the narrative of the neoliberal European policies. In recent decades, governments have cut spending on welfare, education, and foreign aid, advocating that free market—including design— can provide a better alternative.

The ruling VVD party is implementing neoliberal policies in the Netherlands, and has recently proposed to close the Dutch borders for refugees completely. First of all, it is absurd to suggest that design can come up with solutions for a crisis that is political and socio-economic at heart. More recently, the Dutch military was part of the invasion of Iraq in , and the war in Afghanistan between Another contributing factor to the refugee crisis is the situation of poverty and joblessness in the Global South.

Income inequality has only grown with IMF policies, trade barriers, and EU subsidies, which have blocked the Global South from equal access to the world economy. As long as these economic barriers are in place, we will see more and more people from the Global South seeking a better life in Europe. By ignoring the history of the refugee crisis and the political reality of diplomacy and military interventions in the Middle East in the briefing, the WDCD Refugee Challenge keeps the root of the problem out of sight. Designers can not successfully intervene in the refugee crisis if the political and military interventions are not taken into account.

This should be part of the briefing and the debate surrounding the WDCD Refugee Challenge so that designers understand their agency or lack thereof. Design may be able to come up with clever products or enlightening ideas, but only governments and NGOs can provide refugees with the resources, infrastructure, and laws that are needed in the long run. Therefore the WDCD Refugee Challenge should inform designers about the responsibilities of governments and NGOs, and find out how and if designers can effectively intervene. By shelter the brief means the temporary housing facilities where refugees stay until their request for asylum is accepted or rejected. 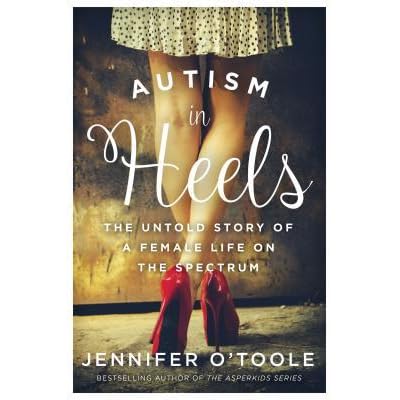 Designing temporary housing as a challenge stands in stark contrast to the permanent reality of refugees staying in asylum centres, refugee camps, and shelters. The Dadaab refugee camp in Kenya is twenty years old, and many refugee camps in Palestine have been there since Generations of people living in temporary conditions is not temporary, but a structural lack of proper infrastructure, housing, and education or job opportunities.

In the Netherlands, Yoonis Osman Nuur from the refugee collective We Are Here explains how he has been in temporary shelter in the Netherlands for ten years, and others in the group for twelve or thirteen years. All this time unable to work or go to school. No matter how well-designed a shelter is, refugees would rather live in a house and use the same infrastructure and opportunities as everyone else. The brief reduces the design question to the formal qualities of the shelter, its interior, its architecture, etc. Why call it a shelter and not a house?

Designing temporary shelters is exactly how right-wing politicians want to discourage refugees from coming to Europe. He imagines container-like housing with minimal available services. What he calls the growing bunkerisation of the Global North is the larger physical and digital divide between the Global South and the Global North. We can find the bunker in its physical form of the construction of gated communities, fortified UN compounds, and the deadly border walls between the EU in Mellila Morocco and Evros Greece.


In the Global South, the architectural archetype is the tent, the temporary housing structures like tent camps, asylum centres, slums, and extra-judicial confinement. While the inhabitants of the Global North can travel freely, with unlimited access to resources, networks and travel destinations, people of the Global South are trapped in legal limbo, surrounded by gates, fences, without visas or passports, unable to cross frontiers.

With military drones, conflicts are fought from a distance. At the same time the UNHCR is using biometric identification to register refugees, and UN Food programme has refugees paying for food using iris scan technology in refugee camps. Designers should be aware their work does not end up being used to legitimise a state of permanent temporary living, deliberately created to prevent refugees from coming to Europe.

They could instead imagine political or practical solutions that allow refugees the same rights as everyone else, so they have access to the same houses, education, services, and rights as we do. Otherwise designers are affirming the horrible reality of a growing global underclass of the stateless permanently living in shelters, not houses. The WDCD refugee challenge frames the refugee crisis as a design challenge. But the refugee crisis is already very much designed. Designers have played an active role in designing the digital and physical borders to make sure refugees are prevented from entering Europe.

Since , the EU has invested heavily in fortifying its borders. The European border patrol Frontex has already spent million since , as the researchers from the Migrant files have shown. The latest border control systems of the EU are becoming digital and invisible. The OPARUS program that is being developed uses military drones, satellites, and smart surveillance technology to create a virtual net around Europe. The militarised borders of Europe are designed to remove violence out of sight of the European citizen.

Many Frontex operations are done at sea, invisible from the European mainland. If Europe designs highly militarised borders, it cannot deny the responsibilities of casualties and fatalities that occur. Inside Europe, a network of prison-like structures is set up.


Much of this infrastructure is deliberately invisible. Asylum centres are usually built in remote places, out of sight from most Europeans. Deportation of refugees in the U. Taking photographs of these spaces is illegal. The headline is not directed at refugees, but at designers, so they will join the design challenge. The notion that a refugee is perhaps also a designer is not fathomable here. This image stands in stark reality to the photographs a student of mine showed me, who works on a project with refugees, that a Syrian refugee had made with his cell phone during his trip.

Group photos of young men posing cheerfully at landmarks in different places in Europe, no blankets, no sad faces. Those images would never be used on the WDCD website, because they do not fit the intended narrative. Refugees are depicted as victims to raise feelings of empathy with the designer, who is considered to be outside the group of refugees.

The brief states that refugees themselves are encouraged to participate, which would only make sense. After all who can better research, assess, and come up with solutions, than the very people whom it concerns? Is a refugee who lives in Europe for ten years still a refugee? In framing the refugee crisis as a design challenge it is especially important to be specific who it is meant for.